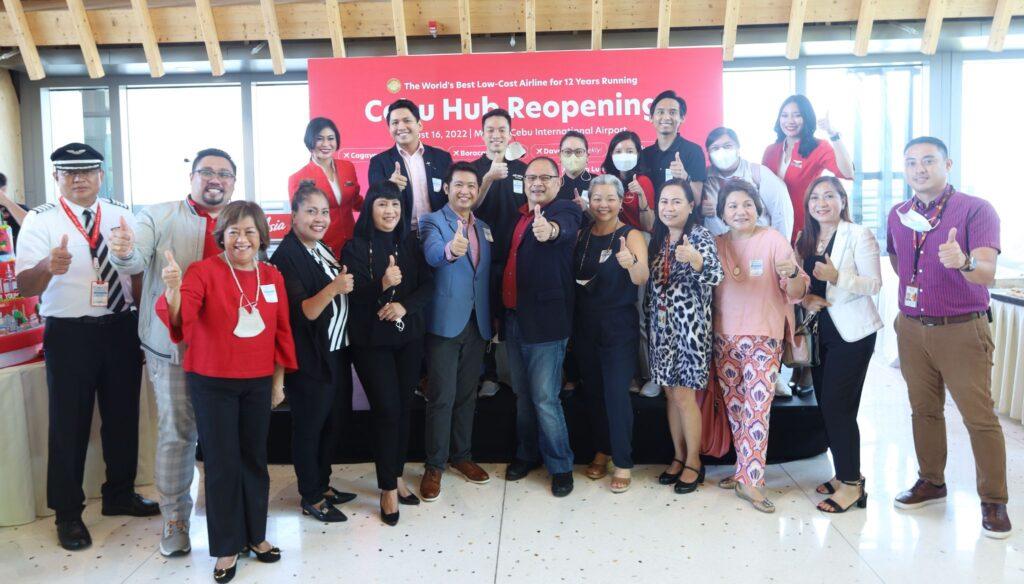 Poised for a strong rebound, AirAsia Philippines is expanding its  route network in the Queen City of the South by resuming and adding more flights to Visayas and Mindanao  destinations Caticlan (Boracay), Davao, Cagayan De Oro and Puerto Princesa and international destinations Seoul (Incheon) and Kuala Lumpur.

AirAsia Philippines Ricky Isla said, “The reopening of our Cebu hub signifies AirAsia’s commitment to improving connectivity and providing best options among guests not only for flights but also with our partner hotels, tour providers and merchants, all present in our digital, travel and lifestyle platform —airasia Super App.”

“The increase in flight frequency strategically positions AirAsia as a key driver in boosting economic activities in the various provinces which need a springboard to speed up the recovery phase. Our guests can count on our solid track record in safety, best value for money deals and world’s best service each time they fly,” added Mr. Isla.

Mr. Isla is joined by key officials from the Department of Tourism (DOT) Region 7,  City and Provincial government of Cebu, and executives from Mactan-Cebu International Airport Authority and GMR-Megawide Cebu Airport Corporation.

Mactan-Cebu International Airport is considered as the second busiest gateway in the country and the third busiest destination in the AirAsia Philippines route network.

To entice more guests to take advantage of the new destinations, the World’s Best Low-Cost Airline is also offering SUPER LOW FARES this August with one-way base fare of PHP88 for flights booked from 1 August to 4 September 2022 for travels between 1 August 2022 to 23 March 2023.

Guests are also allowed to check-in  more than one baggage piece for as long as it is within the purchased weight limit which can be pre-booked via airasia Super App from as low as PHP450.

Meanwhile, Cebu bound guests flying from Manila are advised to allot ample travel time on their way to NAIA Domestic Terminal 4 as traffic build up is expected during rush hour. Likewise, guests are reminded of the resumption of the number coding scheme within Metro Manila which is aimed for traffic decongestion.

The World’s Best Low-Cost Airline which was recently recognized as among 2022’s top 10 safest airlines in the world by Airlineratings.com with 7/7 Safety and COVID-19 star ratings assures its guests of the highest standards in safety compliance in all of its flights. 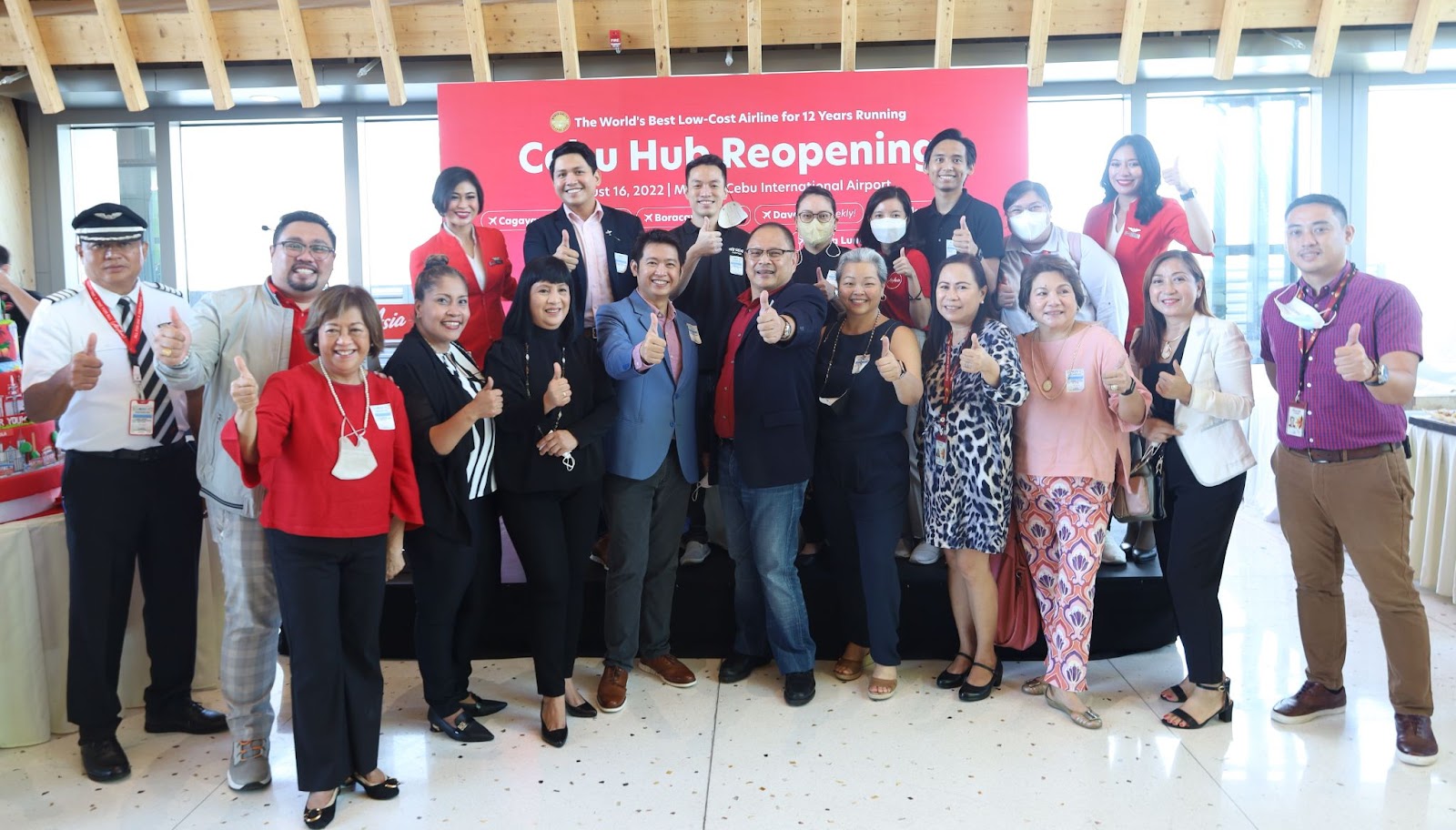 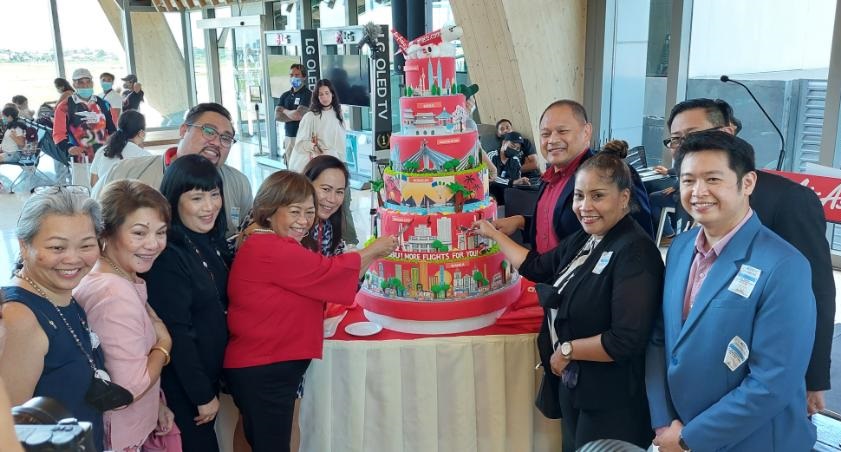 The giant AirAsia cake showcases the new destinations out of the Cebu Hub.  AirAsia CEO Ricky Isla and Finance Business Partner Head Jared Valarao are joined by distinguished guests in the ceremonial slicing of cake. 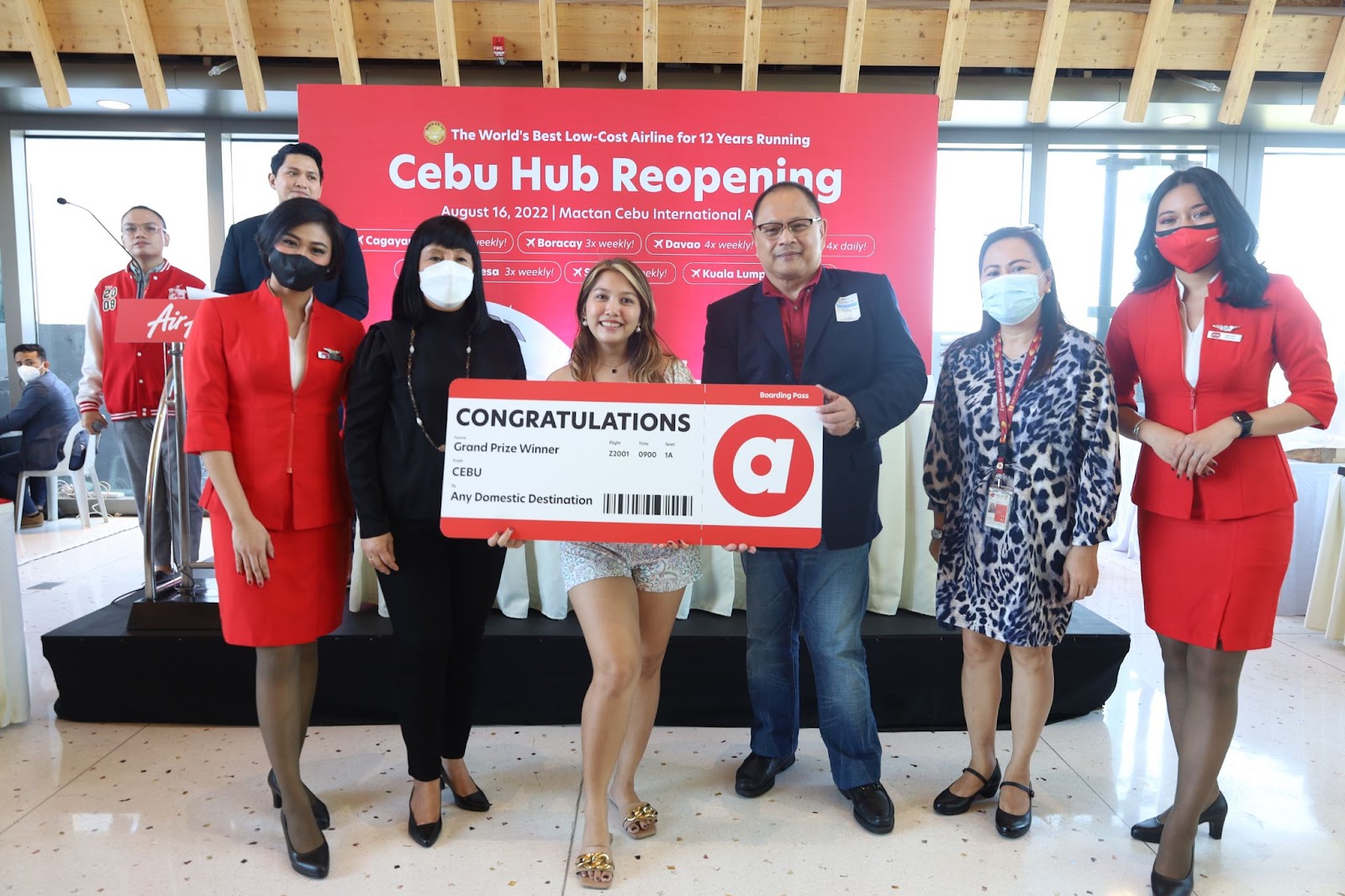 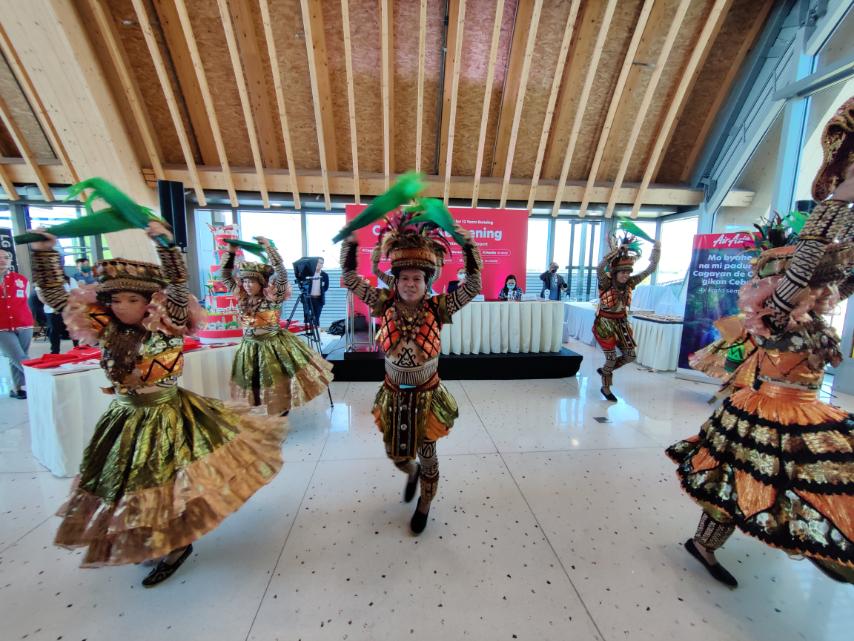